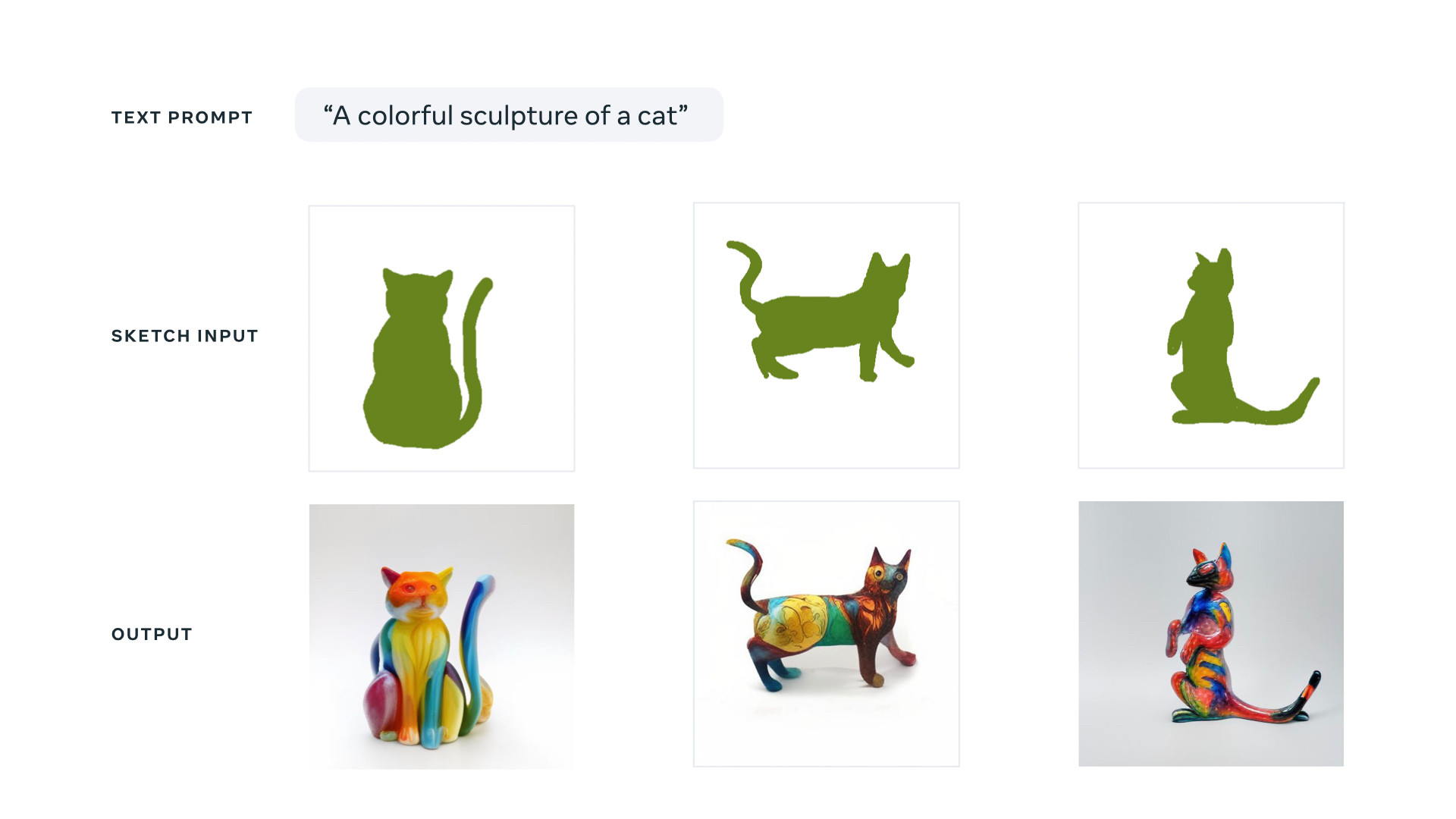 AI-generated images are all the rage right now with people using Craiyon (formerly known as DALL-E mini) to create nonsensical memes. Now Meta is throwing its hat into the ring with its own image generator, but with a bigger emphasis on creating artistic pieces.

The AI tool is called Make-A-Scene (opens in new tab) and it uses a combination of text prompts and sketch outlines to generate a 2,048 x 2,048-pixel image. Meta demonstrated the tool in a video where the company asks several artists to create an art piece.

One artist, Alexander Reben, prompted Make-A-Scene to create a high-definition image of a hot dog floating in the sky and entered into the system a simple sketch of an oval above a square. Sure enough, Make-A-Scene created a detailed image of a floating hot dog above a body of water. The sketches themselves don’t have to be super detailed. It’s about giving the AI a general idea of how the final image is supposed to look.

Meta added sketches as part of the image generation process because, it claims, text prompts alone don’t do a very good job of reflecting an artist’s intent. The company gives the example of asking the tool to create an image of a zebra riding a bike. With only the text prompt, the zebra in the image may be too big or facing the wrong direction. Sketches give Make-A-Scene a structure to follow.

It’s unknown if and when Make-A-Scene will be made available to the public. Meta alludes to the tool being used to help people with their own creative endeavors or an art director with their marketing campaign. We also don’t know how the sketches will work.

Will people be able to upload their own outlines to the image generator or will they be provided by developers? We asked Meta for more information about the sketches and we’ll update this post if it ever responds.

Meta states that it will be holding a presentation for Make-A-Scene at this year’s ECCV event (opens in new tab) (European Conference on Computer Vision) which is being held in Tel Aviv, Israel. The event starts on October 23 and goes on until the 27th.

AI imaging tools aren’t quite ready to rival skilled artists and most aren’t available to the public due to fears of misuse, aside from Craiyon which uses an open source model (opens in new tab) to replicate OpenAI’s DALL-E. But there are developers creating AI tools outside of art creation. Namecheap, for instance, is an AI tool that can generate a name for your business if you’re stuck on ideas.

There are also AI writing tools to help quickly compose content. In fact, we have a list of the best ones for 2022, but they do require human intervention to edit them. We just hope they don’t get too good or we’re out of a job.