‘Where the Crawdads Sing’ review: Adaptation of Delia Owens’s novel loses itself in the plot

Home » ‘Where the Crawdads Sing’ review: Adaptation of Delia Owens’s novel loses itself in the plot
Technology
July 15, 2022July 15, 2022


Beautiful shots of marshland and a solid leading performance by Daisy Edgar-Jones aren’t enough to save Where the Crawdads Sing from itself.

Director Olivia Newman’s film adaptation of the 2018 novel by Delia Owens bites off more than it can chew, mixing a coming-of-age story with a murder mystery, a courtroom drama, and not one, but two, romances. While some of these threads are compelling individually, they never quite come together into a cohesive whole. Instead, Where the Crawdads Sing flits from genre to genre at breakneck speed in a rush to touch on all the plot points in Owens’s novel.

Where the Crawdads Sing is faithful to the book, almost to a fault

Just like in the book, Where the Crawdads Sing juggles multiple timelines to tell the story of its protagonist Kya (Edgar-Jones). Abandoned by her family at a young age, Kya raised herself in the marshes of North Carolina — with a bit of help from sympathetic shop owners Jumpin’ (Sterling Macer Jr.) and Mabel (Michael Hyatt). To the people of the nearby town of Barkley Cove, Kya takes on the title of “Marsh Girl.” Over time, she becomes the subject of local legend: She’s the missing link, she’s part wolf, her eyes glow. In reality, Kya is a lonely girl who finds comfort and beauty in the nature around her.

When Barkley Cove’s golden boy Chase Andrews (Harris Dickinson) is found dead in the nearby swamp, it’s almost too easy for the townspeople to accuse Kya. Not only is she an outsider but also she was once romantically entangled with Chase. Let the witch — er, Marsh Girl — hunt commence!

Writer Lucy Alibar uses Kya’s time in prison and her subsequent trial as a framing device through which Kya’s past is explored. From this setting, Kya tells her lawyer Tom Milton (David Strathairn) about her childhood. Later, we learn about her romances with Chase and biology enthusiast Tate Walker (Taylor John Smith). These scenes are intercut with her murder trial, unfurling information on key pieces of evidence.

“Where the Crawdads Sing” tries to remain as faithful to the novel as possible, but this results in what can only be described as speed running the plot.

The flashback conceit quickly wears thin, especially since it’s all accompanied by Kya’s voice-over as she tells Tom her story. Oftentimes, she narrates exactly what we’re seeing on screen. For example, when her abusive father (Garret Dillahunt) burns her departed mother’s (Ahna O’Reilly) belongings, Kya helpfully tells us that… her father is burning her mother’s belongings. We could definitely tell, but Where the Crawdads Sing frustratingly feels the need to lay almost everything out for us.

The framing device breaks down as we move into the trial and Kya’s voice-over is presumably no longer directed at Tom. Instead, she waxes poetic about nature or continues to spell out what we’re watching for us. In these moments, it’s clear that Kya’s voice-over is more a vehicle to incorporate lines of Owens’s prose into the movie than it is an effective storytelling device. In this case, adherence to the source material hinders the movie instead of helping it.

Where the Crawdads Sing tries to remain as faithful to the novel as possible, but this results in what can only be described as speed running the plot. We zoom through Kya’s childhood and through her learning to fend for herself. We linger for far longer on her two romances while the movie barely touches on other key elements of her adulthood. Even the final trial scenes and last montage pass in the blink of an eye. Yet despite all this, the film feels at times like more of a slog to wade through than Kya’s beloved marsh.

Where the Crawdads Sing suffers from bland romance 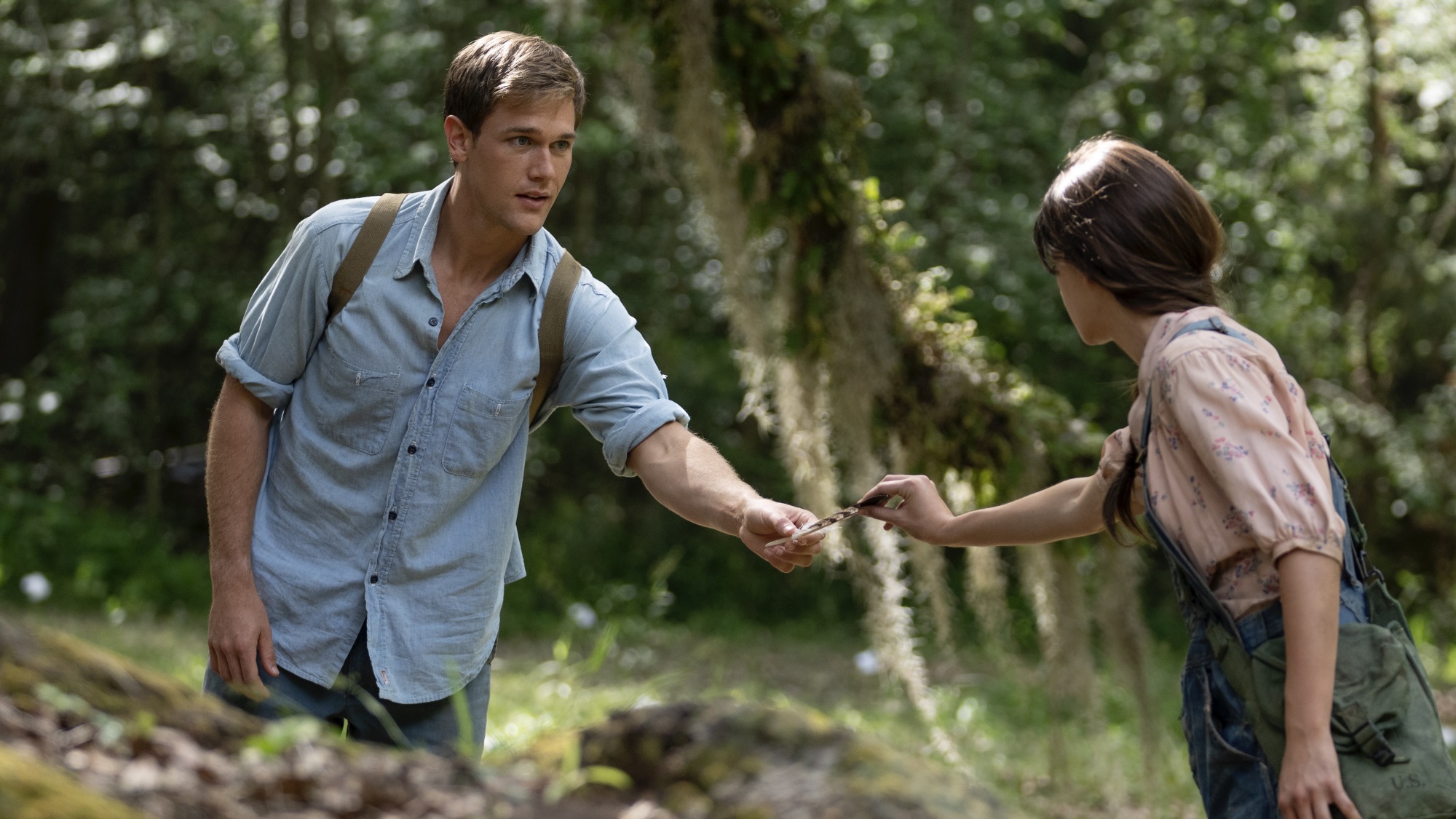 Part of Where the Crawdads Sing‘s strange slowness comes from is its focus on Kya’s relationships with Tate and Chase. They are very different people with different motives, and they’re both integral to the story. However, the rough arc of their romances with Kya is the same: initial courtship, happy relationship, sudden heartbreak. That these arcs come one after another does little to ease the film’s stop-start pace. By the time her second romance begins, it’s hard not to get a sense of deja vu. You could switch out kissing scenes between each pairing and I wouldn’t be able to tell you the difference, they’re so similarly shot and choreographed.

On top of that, neither love story is particularly compelling. The movie grinds to a halt each time Tate or Chase tells Kya that no one knows them as she does, or that she’s so different from everyone else. They keep reminding us that she’s an outsider. But beyond an early scene where she is humiliated at school, Where the Crawdads Sing steers away from truly digging into how Barkley Cove ostracizes Kya. Moments where Kya confronts her otherness are by far the most interesting in the film and add higher stakes to the trial, but they’re few and far between. Instead, Tate and Chase and their saccharine dialogue eat up most of the runtime. 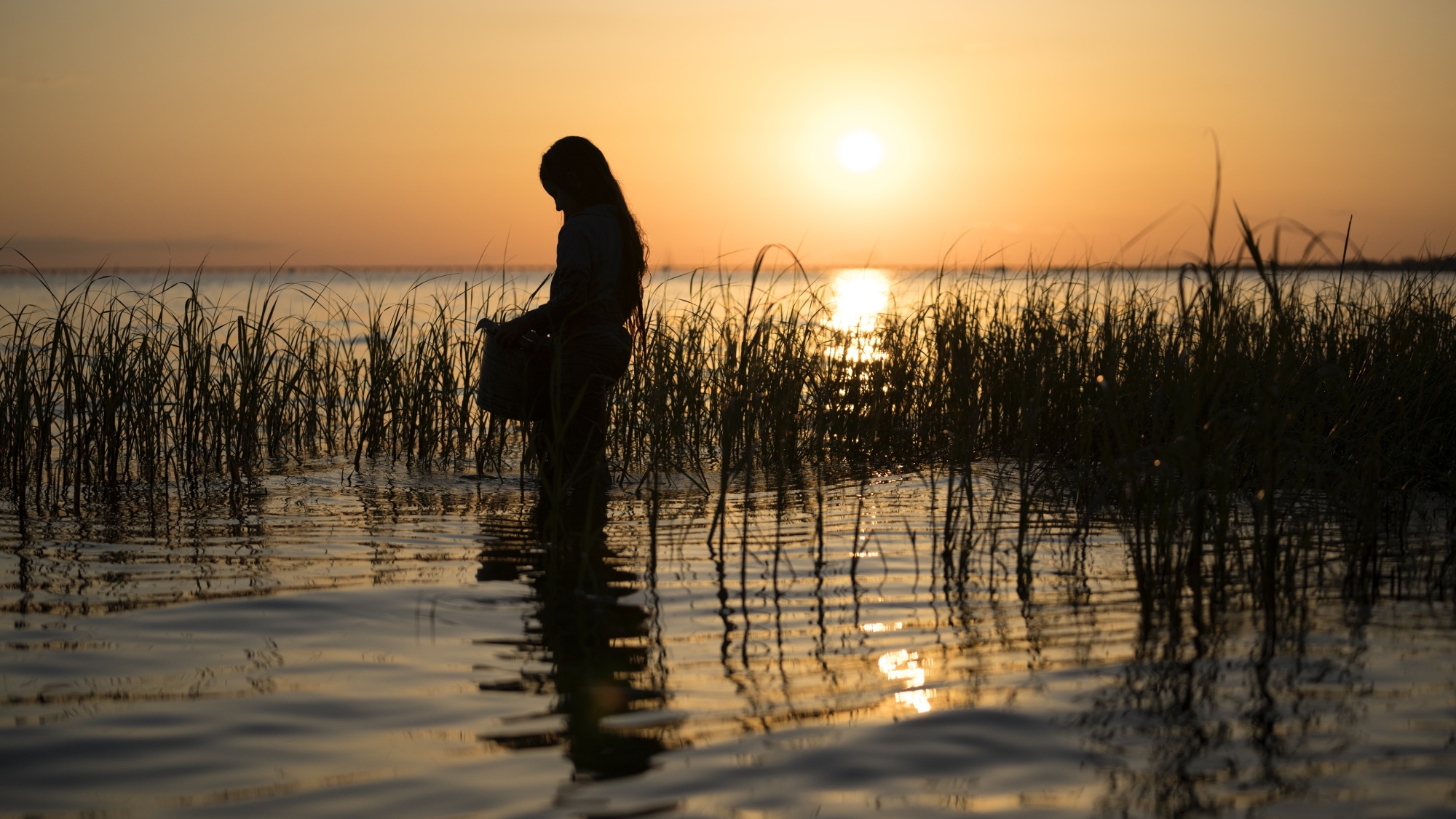 As Kya, Edgar-Jones delivers a performance brimming with shyness and vulnerability that encapsulates the effects of Kya’s isolation. It’s unfortunate that she spends much of the movie either with Tate and Chase or delivering awkward voice-overs because she’s most enthralling when exploring the marsh or looking inward. She stays quiet in the court scenes but is full of so much nervous energy that it’s hard to look away from her, even when new evidence draws clichéd gasps from the onlookers. In one of the film’s most emotional moments, Kya declares that she never hated the people of Barkley Cove — it was they who hated her. But without much evidence of that, Edgar-Jones’s monologue doesn’t hit hard, and the scene fizzles.

To its credit, Where the Crawdads Sing is a beautiful-looking film. Shot on location in Louisiana, the movie treats us to stunning vistas of marsh and swamp, with cinematographer Polly Morgan capturing the light of glorious sunrises and sunsets on the water. There’s a real sense of place here, with a tactile element that’s a refreshing change of pace from green screen-heavy blockbusters.

Die-hard fans of the book might be lured by Edgar-Jones, lovely visuals, and a steadfast commitment to adapting Where the Crawdads Sing as faithfully as possible. However, that doesn’t excuse the film’s clumsy framing device, bizarre pacing, and underwhelming focus. Let’s just say that when it comes to singing crawdads, these ones are a little out of tune.

Where the Crawdads Sing is now in theaters.