Whether It Is Her Pregnancy Glow Or Yellow Midi Dress, Mom-To-Be Sonam Kapoor Is Shining Brighter Than The Sun Even In The Night

Home » Whether It Is Her Pregnancy Glow Or Yellow Midi Dress, Mom-To-Be Sonam Kapoor Is Shining Brighter Than The Sun Even In The Night
Fashion & Style
July 15, 2022July 15, 2022


When Sonam Kapoor announced the pregnancy of her first child with husband Anand Ahuja, every fibre of our beings knew that this very fashionable Bollywood celebrity would have an incredibly stylish pregnancy journey. Undoubtedly, we were right. From embracing ethnic wear in photoshoots to showcasing her baby bump in the most daring way possible, Sonam has given it all to us. So when she touched down in Mumbai and headed out for dinner, of course she turned up in her best maternity style because what else would you expect from her?

Sonam was snapped by the paparazzi exiting a restaurant and even though it was late in the evening, she managed to look like a ray of sunshine. She wore a vivid yellow midi dress that had pleats running through its length. With ruffles over the short sleeves, the flowing fit enveloped her delightfully. Keeping her footwear choice sensible, Sonam picked white strap flat sandals which buckled around the ankle. A brown snakeskin patterned bag on her arm added more character to the otherwise simple outfit. Sonam opted for a smokey silver eye with a neutral lip and completed her beauty with a red manicure. 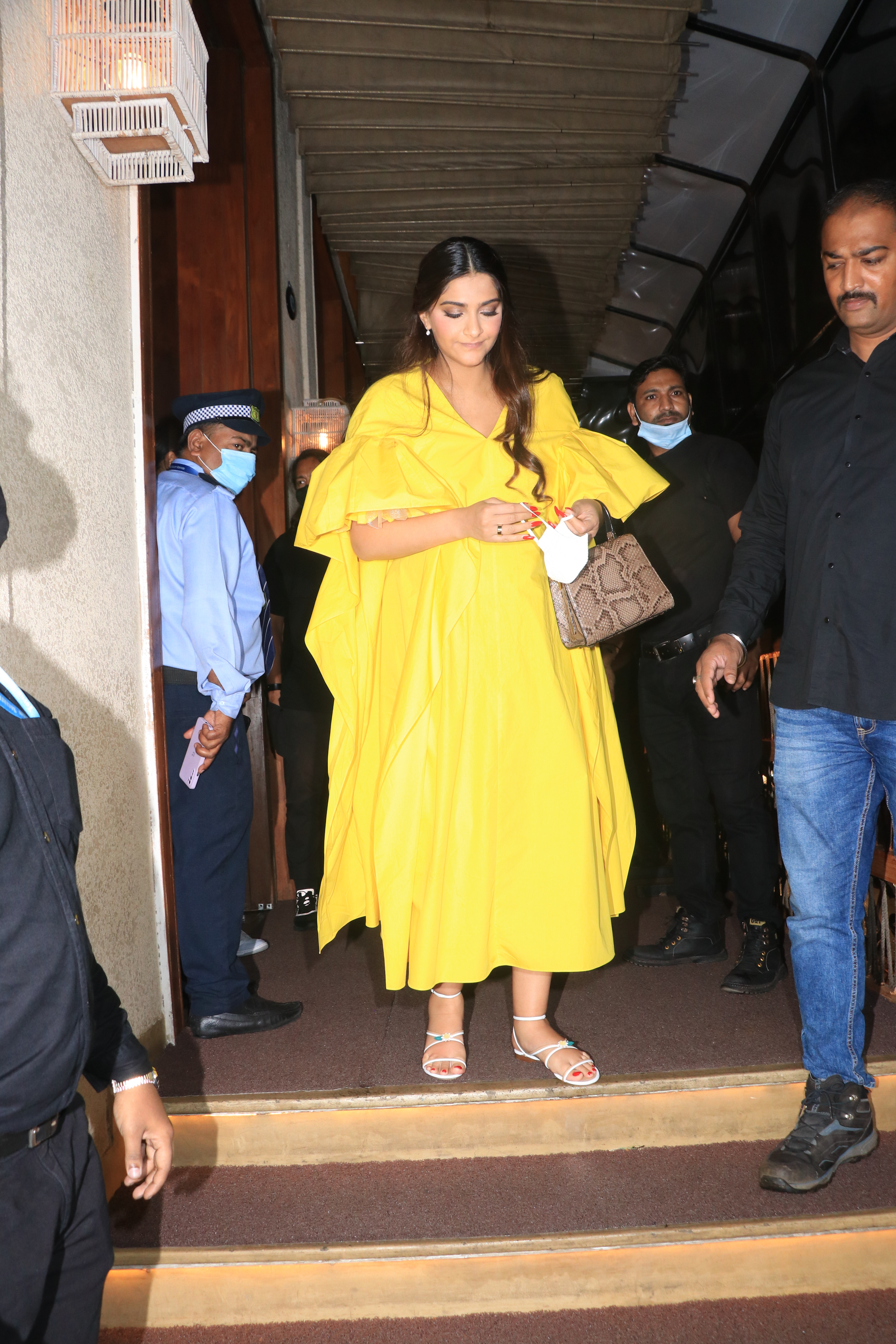 She was spotted in the city last night

Now we can’t say if it’s because of that specific glow only mothers-to-be have or the fact that she chose the brightest shade in the colour palette but what we can say for certain is that Sonam Kapoor radiated sunshine in her maternity look and looked just as delightful as we were expecting.

(Also Read: Sonam Kapoor Pulls Off ‘A Rihanna’ And Bares Her Baby Bump In A Sports Bra And Jacket)