This has always been the case. From launch developer Respawn announced Bloodhound as a non-binary character.

However, the introduction of a new legend hasn’t quite brought the outrage that upcoming legend Catalyst has, the game’s first trans woman.

Respawn consulted with LGBTQ charity GLAAD and took on advice from trans developers who already work at the company.

Trans women were moved onto the character team to help create Catalyst’s design, and a trans woman, Meli Grant, was hired to be her voice actor.

Catalyst briefly touches on her transition in her introductory trailer, which gives some background on her black inky defensive abilities. 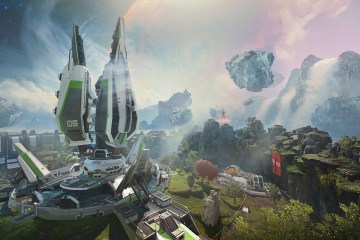 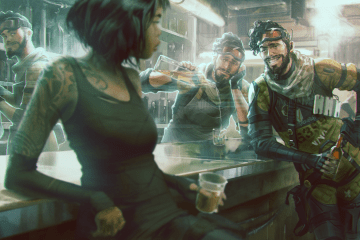 We spoke with lead writer Ashley Reed about the decision to put Catalyst’s trans identity in her first trailer.

Reed says: “If you’re not upfront about it, people are gonna find ways to deny it.

“They’re gonna say, ‘That’s not what you meant.’ We have seen that with some of our other characters who identify a certain way.

“We’ve seen people say, ‘Oh, no, that’s not what they meant.’ Even when we come out and say, ‘That is what we meant.’

“I think the voice actress Meli put it best: ‘Make her inescapably trans.’ So that is what we did.”

Catalyst’s archetype as the “Techno Witch” was built on her identity and fits in with the Wiccan trans subculture.

Artists then worked on the liquid that powers her abilities, and designers made sure her outfit was both functional, gothic and stylish.

Catalyst is a big step forward for trans representation in big-budget games. For both us and Respawn, she makes a statement.

Reed continues: “We’re surrounded by a bunch of very diverse people in our own lives, so it would only make sense that the future would reflect that, and this cast would reflect that because they’re from all over this future place.

“So it’s kind of inescapable that if you have a problem with that, Apex isn’t for you.”

Catalyst is obviously more than her gender identity.

She plays the big sister role to other heroes, wise-cracking and goofy, even if she doesn’t have sparkling wit.

While only 29, Catalyst acts like an old soul, mature beyond her years.

Reed says of her: “She’s very like, ‘I’m very worldly and know what’s going on and I don’t have time for anybody’s bulls**t. Why is everyone so dumb?’

“Very gothy and sardonic. But also like, is she covering up for old wounds like a lot of goth kids are?”

Catalyst comes to the game when Apex Legends Season 15 launches on November 1, 2022.

Written by Kirk McKeand and Georgina Young on behalf of GLHF.

All the latest Gaming tips and tricks

Looking for tips and tricks across your favourite consoles and games? We have you covered…