Iraq remained the top supplier while Russia overtook Saudi Arabia as the second biggest after a gap of a month, the data showed.


India’s total oil imports in September fell to a 14-month low of 3.91 million barrels per day (bpd), down 5.6% from a year earlier, due to maintenance at refiners such as Reliance Industries and Indian Oil Corp, the data showed. [REF/OUT]


India’s imports from the Middle East fell to about 2.2 million bpd, down 16.2% from August, the data showed, while imports from Russia increased 4.6% to about 896,000 bpd after dipping in the previous two months.


Russia’s share of India’s oil imports surged to an all-time high of 23% from 19% the previous month while that of the Middle East declined to 56.4% from 59%, the data showed.


The share of Caspian Sea oil, mainly from Kazakhstan, Russia and Azerbaijan, rose to 28% from 24.6%.


“The discount on Russian oil has narrowed now but when you compare its landed cost with other grades such as those from the Middle East, Russian oil turned out to be cheaper,” said a source at one of India’s state refiners.


Imports from the United Arab Emirates declined to a 16-month low of about 262,000 bpd.


Higher intake of Caspian Sea oil has hit the share of other regions in India’s imports in April-September, the first half of the fiscal year, and also cut OPEC’s market share in the world’s third biggest oil importer and consumer to its lowest ever.


In the first half of this fiscal year, Indian refiners also reduced purchases of African oil, mostly bought from the spot market. However, supply from the Middle East rose from a low base last year when the second wave of the coronavirus cut fuel demand. 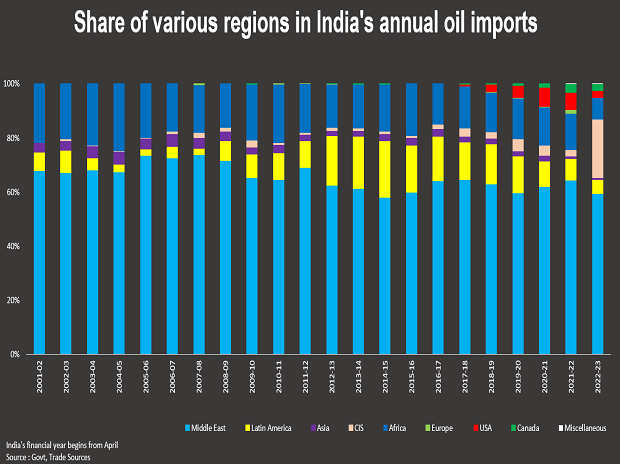 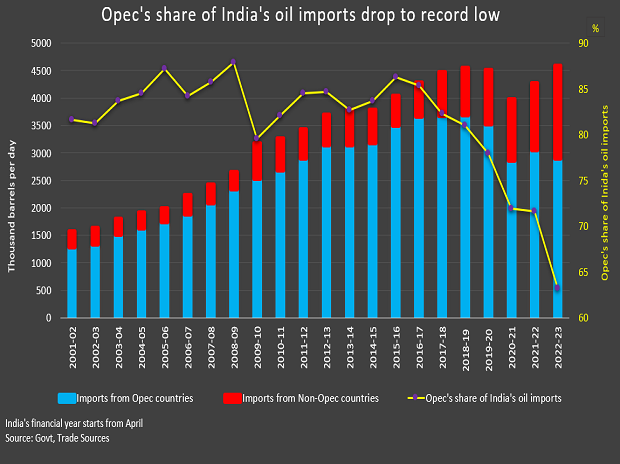 (Only the headline and picture of this report may have been reworked by the Business Standard staff; the rest of the content is auto-generated from a syndicated feed.)